A friend was trying to do some comics and having some trouble with getting the lettering to work, so I did a couple quick pages of Things I Think About When Lettering My Stuff. 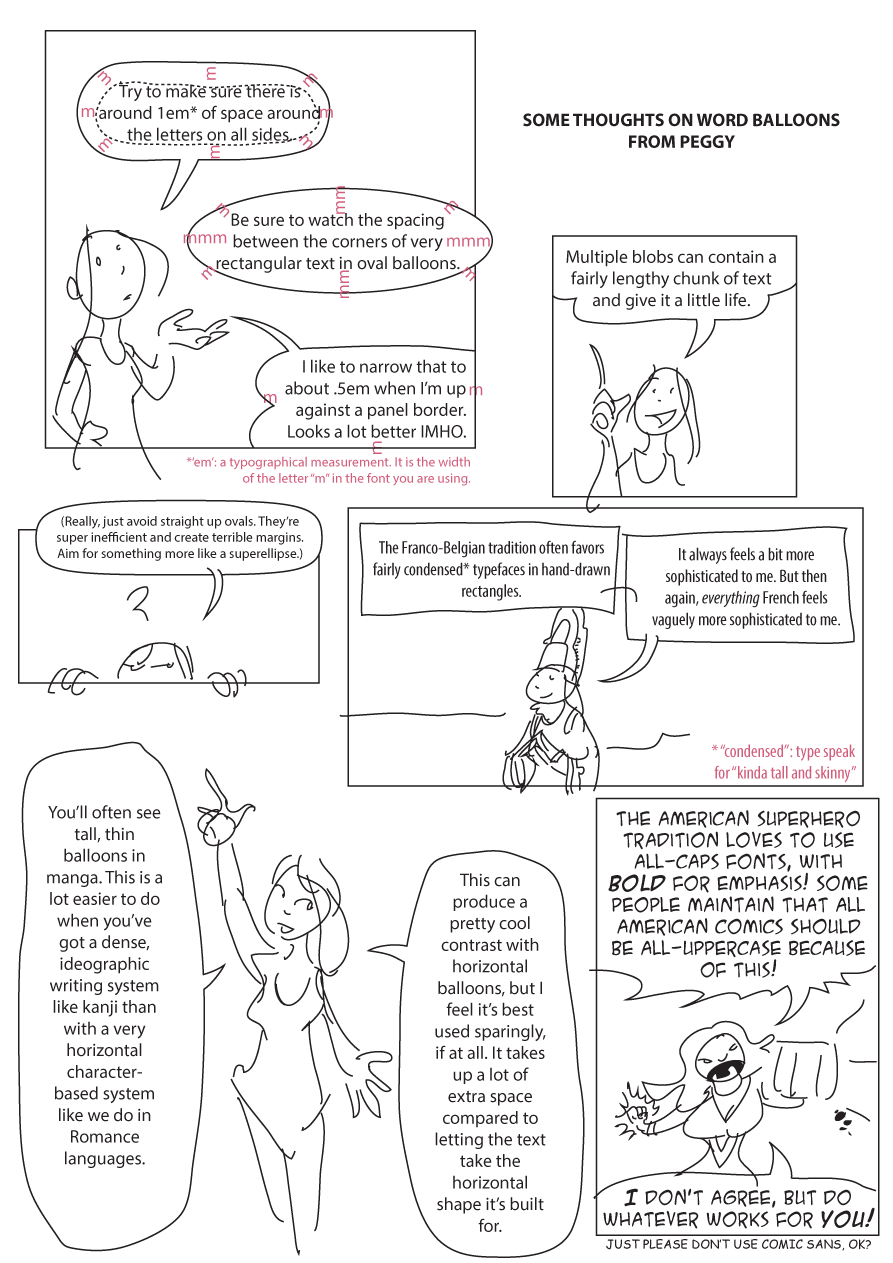 I do not claim that any of these tips are The One True Way To Letter. Just that they are things that tend to make my own comics more legible. (I say this because I see a lot of lettering tips about How To Superhero Letters that take a super dogmatic tone.)

There’s a lot of stuff I left out: I did not go into using differently colored balloons, the use of different types of edges for thought balloons or for shouting/electronically transmitted stuff (or for hints about tone of voice), or why I sometimes choose centered text, sometimes left or right justified, and sometimes do paragraphs with indents. I also didn’t go into translucent word balloons – I feel that solid white balloons look super clashy over modern softly-colored art. I also left out the rant about how I feel the ALL CAPS SUPERHERO LETTERING is something best left in the past, where it was a good idea due to the terrible reproduction those things got then. Which also means I left out the digression about the weird little rule that you should never write a superhero comic about someone named Clint Flicker because of how it looks if you type it in all caps and aren’t super careful with the kerning or start having the ink bleed…

Anyway. Hope this helps someone a bit.